June, the dreaded month when we realise that all our New Year Resolutions have not come to fruition; questioning our lives as the mid-year glazes over us and the end of the year nears; wondering what on earth we have been doing for months on end. A month that arguably gives the mid-life crisis a run for its money (imagine having mid-year crises every year, couldn’t be me…), surely nothing else could make this a more hectic time.

However, June is a month of celebration for the LGBTQIA+ community, originating from the 1969 Stonewall Uprising in America which symbolised the beginning of the fight for LGBTQIA+ equality. Pride Month is celebrated to support LGBTQIA+ culture and rights, as well as the lives lost to the HIV/AIDS epidemic. It is a wonderful mix of activism and celebration that has been going on for years, and a welcoming and validating home for all orientations and gender identities. 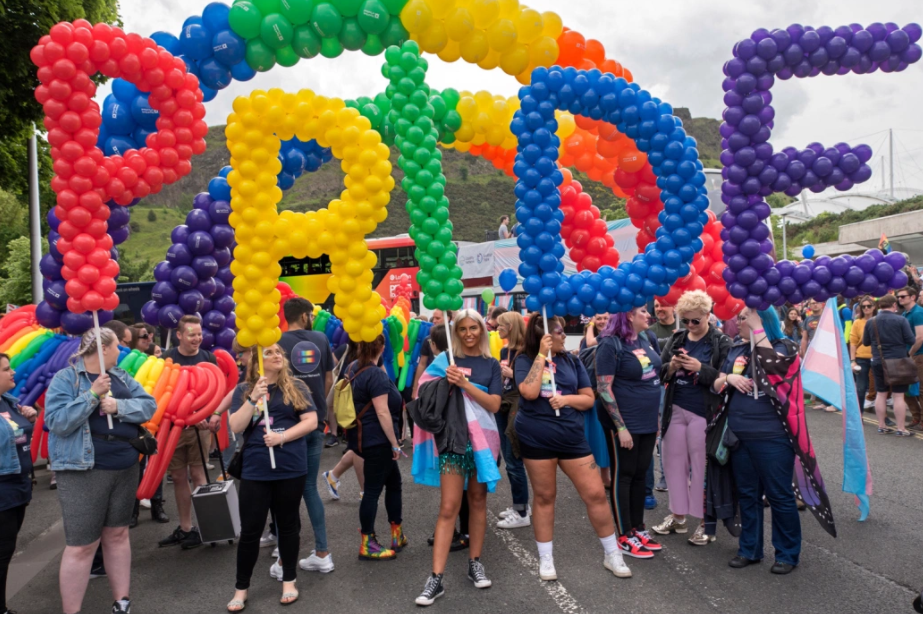 In the celebration of Pride Month, here are some lesser known identities that you may not have heard of:

While pride parades, marches, and celebrations in solidarity all around the world symbolise the progress we have made in the recognition and acceptance of LGBTQIA+ folks, we also have to acknowledge that there is so much more that needs to be done.

69 countries have laws that prosecute the LGBTQIA+ community, either for having same-sex relationships or being transgender, which can carry the death penalty. Same-sex marriage is only legally recognised and permitted  in 29 countries as of 2021. More chillingly, LGBTQIA+ people are more likely to experience blackmail, extortion, physical and sexual violence compared to heterosexual individuals. Stories of abuse to unfair discrimination in schools and work are already infuriating to hear, and even worse to experience. These experiences, and the criminalisation of consensual same-sex sexual activity in many areas of the world only shows how society still views this marginalised community as something less than equal.

Come June of each year, rainbow flags fly high, a hope for the future that will come soon for our LGBTQIA+ friends, as they cheer for their sexuality, orientation, and gender, and a day they can live without fear of discrimination and prosecution. A world where all are equal, where no one needs to hide who they are and who they love.

So as we come to our mid-year crisis, perhaps it’s time to look outside ourselves and to a broader picture. Are we doing enough with our privilege, our rights, our voices? What else can we do? Why are we not doing more? And why shouldn’t this be something we advocate for past the month of June, after the rainbows come down and life continues to move forward?

Wurzburger, A. (2020, June 10). Everything You Need to Know About Pride Month. PEOPLE.com; PEOPLE.com. https://people.com/human-interest/pride-month-explained-pride-month-facts/

The Psychology of Failure: The Royal Tenenbaums, Melancholy and Growing Pains

GET TO KNOW US

By Thy Pham, Edited by Nipuni Hapangama As I sit in front of my sleek setup (all  Apple – Airpods, Mac, iPad Pro) I’m feeling nervous.  Today marks my first OSPIA and first encounter with another life form since… I don’t know, March?  But I digress.  As I’m about to

A Man Watched Anime for 7 Days. Here’s what happened to his Heart

The Fire that Consumes Us

6 Things You SHOULD Do in Lockdown

Five Types of Students You’ll Encounter In Online Uni – Which One Are You?

FAIR IS FOUL, FOUL IS FAIR – A Commentary on the Silent Modern Day Killer: Societal Apathy

What to watch to procrastinate on your assignments: Recommendations from our Pubs Subcomm 2021!

#73045 Looking for Tachycardia: A UNSW Med Student’s Plea for Love

The Art of Ending It All: What makes a good ending?

The Comfort in End of Life Dreams & Visions

A Love Letter to Wallace Wurth

Stupidity: The other pandemic affecting medical students in COVID-19

MEDFAC Bans Use of the Word ‘COVID-19’ in eMed Portfolio

“I failed my EOC thanks to Nach King”

HEART BEEN BROKE: A First-year’s Journey to Finding Love on UNSW Love Letters

Why Do We Learn?

kintsugi: the art of repair

“How am I gonna flirt in online classes?” complains student

“Where are my scrubs?” – Surgeons Left Fuming

How can we make a difference?

Q&A: From Detroit to the Whitsundays – A rural doctor’s journey to a balanced life

The Not-So-Wonderful World of Medical Eponyms

In The Mood for Love

A Medical Student’s Take on Vulnerability

Mental Health through the Monocle of Professor Ute Vollmer-Conna

“I didn’t study for EOC, I swear!”, says Med Student

Heart to Heart Takes On: Studying!

Med Students Clueless about Trimesters and Other Uni Degrees

The Psychology of Failure: The Royal Tenenbaums, Melancholy and Growing Pains

Med Applicant Outraged After Getting Rejected from Top Medical School

THE ULTIMATE STUDY GUIDE (for Phase 1 newbies and oldies)